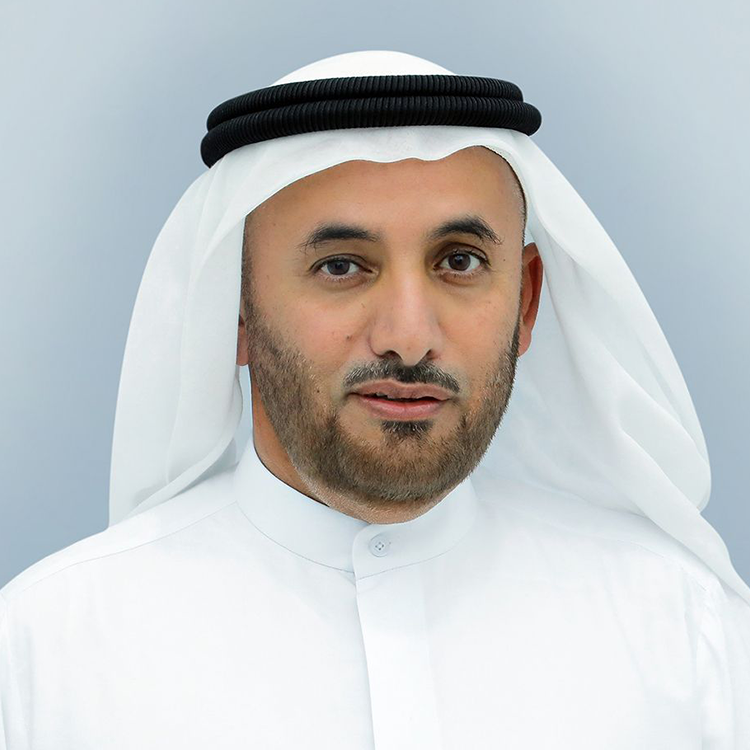 He was promoted from his position and official duties to become Deputy Head of the Department, Deputy Head of Investigations in 1993, and later Head of Investigations – a role in which he was responsible for investigating issues of inheritance and property. He climbed the corporate ladder again when he was appointed as Deputy Director General in 1997 and finally Director General of the Dubai Land Department in 2006.

Since assuming the role, bin Mejren has won various Dubai Government Excellence Programme accolades in customer satisfaction and employee satisfaction, as well as awards in services provided to employees for five consecutive years.

During his years of administration, DLD has issued various property laws that serve to protect the interests of the nation and reinforce confidence in the real estate market. Bin Mejren is proud of the advanced legislative structure he has established, which has made Dubai home to one of the most prestigious and secure real estate markets in the world.

His expertise has also been invaluable in expanding the scope of DLD’s work in providing quality services for those working in the real estate sector, including the establishment of the Real Estate Regulatory Authority, the department’s regulatory arm; the Real Estate Investment Management and Promotion Centre, its investment arm; and the Dubai Real Estate Institute, its educational arm.

Bin Mejren encourages Emirati talent to enter the organisation and become valued members of its professional team. By creating mutual trust between employees, departments and customers in the real estate sector, individuals are empowered to reach prominent positions in a sector that is characterised by competition and dynamism. He is also committed to shaping the leaders of the future and makes significant efforts to support and nurture Emirati youth, give them opportunities to enhance their skills, and guide them towards serving the nation’s plans. Under his stewardship, DLD frequently launches initiatives which promote youth competitiveness across various fields, encouraging them to explore their creative potential and allowing them to exchange their experiences and knowledge.

His recipe for success combines motivating employees to exert their best possible efforts, working to provide better customer service, and striving to create an atmosphere of innovation so as to enhance the real estate sector and attract investors.

Bin Mejren believes that mutual respect is essential, and that despite any differences, we must work together to succeed. Above all, he encourages employees to strive towards world-class service and inspires them to bring respect and honour to the department.

Bin Mejren is a member of many institutions and serves on the boards of several committees and local organisations. He is the Chairman of the Board of Trustees for the University of Imam Malik, Chairman of the Valuation Committee at Dubai Municipality, a member in the Infrastructure Committee, and a member of the Mohammed bin Rashid Housing Establishment. He also heads the Board of Directors for Emirates Real Estate Solutions and the Fellowship of the Royal Society of Chartered Surveyors, and is a former member of the UAE Federal National Council.