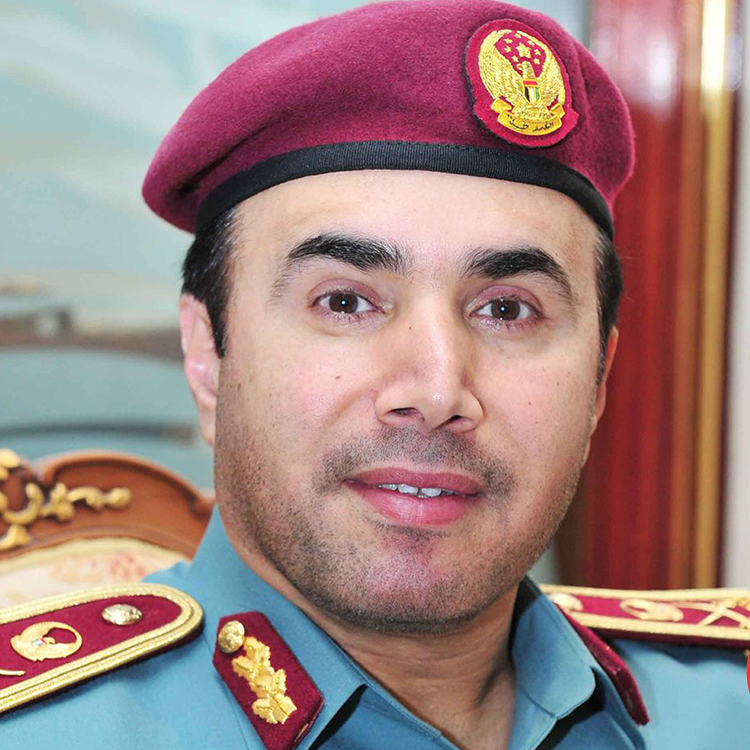 President of Interpol & Inspector General of the Ministry of Interior

Major General Dr. Ahmed Naser Al Raisi is a leading UAE law enforcement officer and the current General Inspector of the Ministry of Interior, UAE. He was appointed to this position in April 2015 after leaving an indelible mark upon the Abu Dhabi Police, General Directorate of Central Operations.

Even at early stages of his career, Dr. Al Raisi displayed a penchant for new technologies to boost effectiveness and efficiency of services for Abu Dhabi Police GHQ and its clients. He spared no effort to provide training opportunities for the staff through attending courses, workshops, seminars, conferences and relevant events inside and outside the country, thus orchestrating the rapid development of all departments of Central Operations Directorate and boosting the skills and efficiency of the staff. His deep commitment to ensure that best practices are followed, and his solid contribution to achieving the vision and mission of both Abu Dhabi Police GHQ and the UAE Ministry of Interior has helped in turning Abu Dhabi police Force into what it is today.

Dr. Al Raisi was involved by leading or supervising many successful strategic programs. Among these are the development of a UAE Search and Rescue team to earn UN recognition as Heavy SAR Team; implementation of IRIS recognition project which has been upgraded and enforced with the latest technological innovations. In addition, there are other projects which have been implemented with the supervision or contribution of Dr. Al Raisi, including the use of biometrics for disaster victim identification; GIS, e-order system; e-passport, facial recognition project. He has also contributed to the development of national ID card project and the establishment of Abu Dhabi Police Disasters Victims and Causality Bureau, which is linked with the Interpol.

Major General Dr. Al Raisi has also taken the lead in the propagation of the emergency preparedness concept locally. He has been instrumental in paving ground for the establishment of an Emergency Medicine Academy (EMA) in Abu Dhabi Police GHQ. This particular project (EMA) has been planned to be a joint project with the Disaster Medicine Section of Harvard Medical School to provide high quality education in pre-hospital emergency medicine and the paramedic training that prepares candidates to make a positive contribution to society.

In recognition of his distinguished contributions Dr. Al Raisi has earned dozens of medals and prizes, locally and internationally and the most important of these are:

Dr. Al Raisi has a dynamic personality, with strong presence in diverse activities inside and outside the police institution. He has occupied several positions such as: