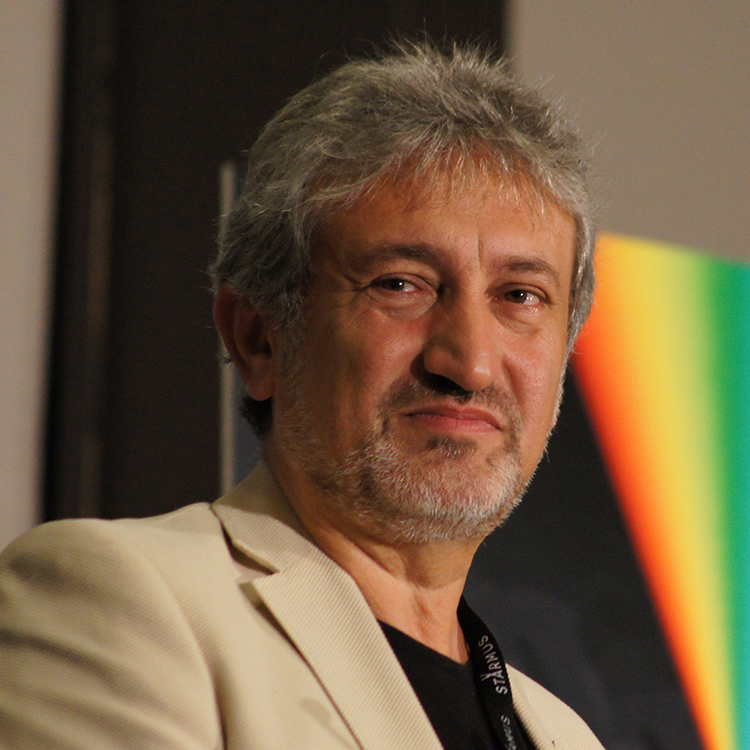 Astrophysicist at the Institute of Astrophysics of the Canary Islands

Dr Garik Israelian is an astrophysicist at the Institute of Astrophysics of the Canary Islands (Spain), since 1997. He is also the creative director and spiritual father of the STARMUS Festival.

Garik Israelian was born in Yerevan, Armenia in 1963. He graduated from Yerevan State University in 1987 with a First Class Honors degree in Physics, and completed his PhD in 1992.

Professor Israelian has since worked as a lecturer and researcher in Utrecht (Netherlands), Brussels (Belgium), and Sydney (Australia).

He has published more than 250 scientific articles on subjects ranging from the discovery of extra solar planets, to the properties of low mass x-ray binaries with black holes and neutron stars.[2] Dr. Brian May credits Israelian in his PhD thesis as “… my prime collaborator in resuming this work … more than anyone else responsible for helping me through the final stages of this PhD work”.