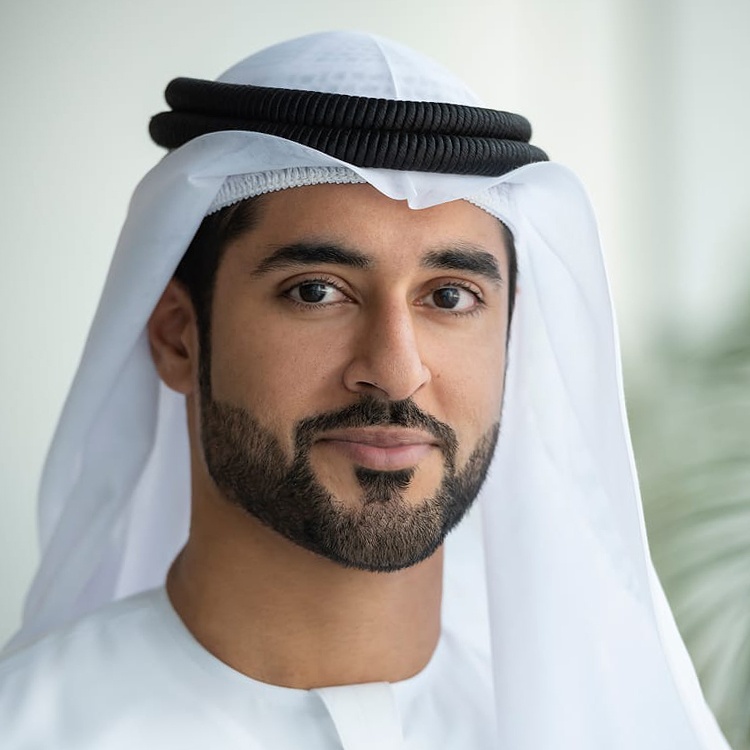 Al Qasim began his career in the UAE space sector at the Mohammed bin Rashid Space Center managing international relations and strategic partnerships. He subsequently moved to project management, supervising educational programs to hone the skills of school and university students, and encouraging them to pursue education in various fields of science and technology and to be part of the national space program.

In 2013, he was assigned to manage the UAE’s first CubeSat mission Nayif-1 that was successfully launched in February 2017. The project managed to attract Emirati talent, in addition to building strategic partnerships in the field of nanosatellite manufacturing. He led the Emirati team responsible for designing and implementing the project until the successful launch of the mission.

Ibrahim also held the position of Director of the Strategic Research Office at the Mohammed bin Rashid Space Center, which advised on science and technology policies, carried out studies and policy briefs informing decision makers within the space sector and beyond.

Al Qasim was part of the team that developed the first feasibility studies for the Emirates Mars Mission’s Hope Probe and was subsequently appointed Deputy Project Director for Strategic Planning. In this role, he was responsible for building STEM capacities through launching outreach initiatives and encouraging UAE youth to join, as well as leading the communication campaign for the Hope Probe.

After eight years in the space sector in the UAE, he moved to work in the Office of Advanced Sciences, where he held the position of Acting Executive Director. During his tenure, he supported the establishment of the office’s operational model and the formulation of the national agenda for advanced sciences, in addition to related national programs, such as the National Laboratories Platform, the Mohammed bin Rashid Academy for Scientists and various scientific awards.

In 2019, Al Qasim assumed the role of Director of the Future Department at the Ministry of Cabinet Affairs and the Future. Here, he was tasked with building foresight capacity across the federal government in addition to surveying and advising cabinet on emerging national challenging and opportunities.

Ibrahim Al-Qasim holds a bachelor’s degree in Business Administration with a major in Finance from the United Arab Emirates University.