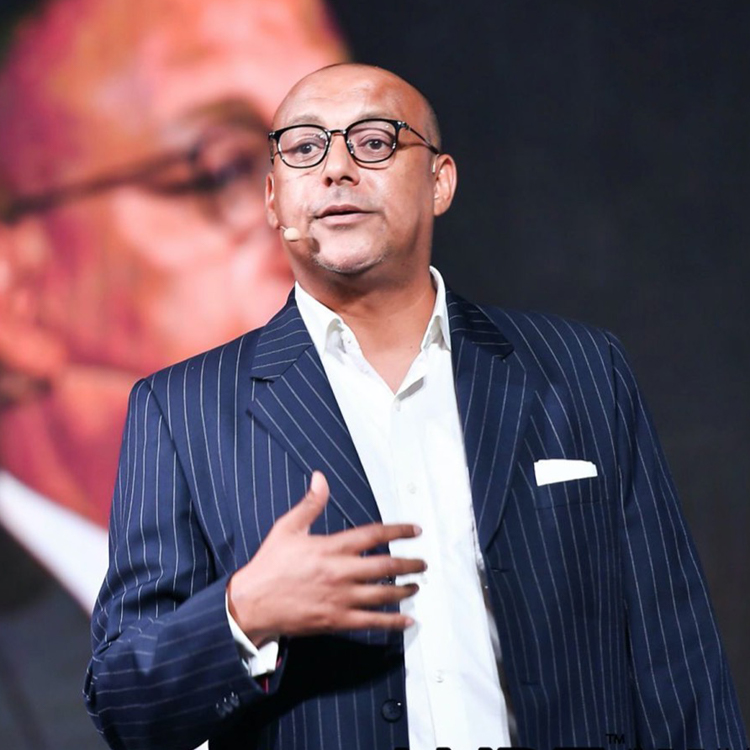 After two decades of hands on involvement in several fields like publishing, advertising, television, marketing, investments, government advisory, events and even stock broking, Talal Thabet considers himself a uniquely privileged individual. He became a CEO at the age of 37 when he was promoted to lead an international NewYork city based consultancy that specialized in advising governments on how to attract strategic foreign direct investment. As the CEO he took the company through a four-year expansion across Central Asia, North Africa, Europe and South East Asia, successfully advising royalty, heads of state, and mayors of cities which continues to provide him with exclusive experiences that make his speaking engagements richer and acutely personal.

Today he is considered one of the leading minds in terms of creative investments and marcomms with a book on the verge of publication and several scripts in his vault. With over 20 years of experience, and regional tenures based in London, Singapore, and Dubai, today he is a Co-Founder, Executive Producer and the Vice Chairman of the board of Music World Cup® Management AG in Switzerland.

In the past 10 years he has started 7 companies and successfully sold 5. Music World Cup® is a blockchain powered social media platform that was designed and built to

protect the rights of artists and their content globally. Built into the platform is a proprietary algorithm that is a global ranking competition which empowers artists from over 200 countries to compete across all genres and all languages for free. Although the platform has not yet launched and the company has yet to broadcast its first season, the company is already valued at over 900m Euros thanks to the team that has a credit list that includes, F1 ROCKS, EuroVision, FIFA’s CocaCola Trophy Tour, Olympic Torch Relay, X Factor, the Voice, VMA’s, LIVE8 and LIVE Earth and so many more.

Talal Thabet is a prolific and inspirational speaker with a span of over twenty years on the global speaking circuits. He has delivered heart warming engagements on stages across the globe with topics that include, content distribution and consumption, blockchain, music marketing, startups, cultural evolution, tokenomics, gorilla marketing, problem solving and corporate culture.